If you have not heard yet, I can now offically call myself an author, as I have signed a contracat with Anaiah Press. Read more about that here.

As an author, I love telling other readers about other great authors! Below are four new releases by four amazing authors! Check them out! All titles contain links to the book.

All of these books have been or are releasing between July and November of 2017.

The writing desk: by Rachel Hauck:

Tenley Roth’s first book was a runaway bestseller. Now that her second book is due, she’s locked in fear. Can she repeat her earlier success or is she a fraud who has run out of inspiration?

With pressure mounting from her publisher, Tenley is weighted with writer’s block. But when her estranged mother calls asking Tenley to help her through chemotherapy, she packs up for Florida where she meets handsome furniture designer Jonas Sullivan and discovers the story her heart’s been missing.

A century earlier, another woman wrote at the same desk with hopes and fears of her own. Born during the Gilded Age, Birdie Shehorn is the daughter of the old money Knickerbockers. Under the strict control of her mother, her every move is decided ahead of time, even whom she’ll marry. But Birdie has dreams she doesn’t know how to realize. She wants to tell stories, write novels, make an impact on the world. When she discovers her mother has taken extreme measures to manipulate her future, she must choose between submission and security or forging a brand new way all on her own.

Tenley and Birdie are from two very different worlds, but fate has bound them together in a way time cannot erase. 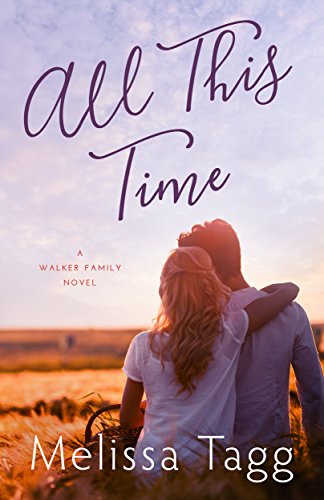 All this time: By Melissa Tag

Ten years ago, Bear gave up everything—his freedom and his reputation—for his mess of a family. But after years of distance and too many attempts at starting over, he finally has a new life doing noble work in Brazil . . . until his past catches up to him once again. Suddenly he finds himself back in Maple Valley, charged with the care of his missing brother’s children, convinced he’s out of second chances to make his life count. And yet, with every day that passes, these kids, this quirky town and the woman he never stopped missing help patch the holes in his heart. Maybe this is the fresh start he’s been longing for all along. But as his newfound hope grows, so does the mystery surrounding his brother’s activities—and when the threat reaches into the lives of those he loves, it’s clear he can’t run away this time.

Raegan Walker is fine. She’s happy working a slew of part-time jobs, still living in her childhood bedroom and rarely venturing from her hometown. At least, that’s what she tells everyone . . . and herself. But she can’t help wondering what might’ve happened if she hadn’t abandoned her art so many years ago—and if Bear McKinley had never left. When Bear returns and she’s commissioned for a painting that just might revive her artistic ambition all in one week, it’s time to finally reach for more than fine. But doing so means facing the fears that have held her back all this time, including admitting the secret she’s kept from Bear and her family. With her dream and her heart on the line, how much will Raegan have to risk to finally chase her happy ending?

Where we belong: By Lynn Austin:

The Adventure of a Lifetime for Two Indomitable Socialite Sisters

In the city of Chicago in 1892, the rules for Victorian women are strict, their roles limited. But sisters Rebecca and Flora Hawes are not typical Victorian ladies. Their love of adventure and their desire to use their God-given talents has brought them to the Sinai Desert–and into a sandstorm.

Accompanied by Soren Petersen, their somber young butler, and Kate Rafferty, a street urchin who is learning to be their ladies’ maid, the two women are on a quest to find an important biblical manuscript. As the journey becomes more dangerous and uncertain, the four travelers sift through memories of their past, recalling the events that shaped them and the circumstances that brought them to this time and place. 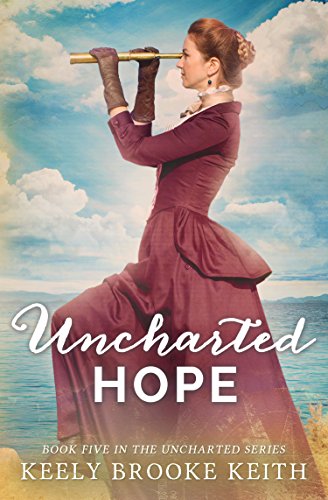 Sophia Ashton’s new medical assistant job comes with the perks of living on the Colburn property, which include being surrounded by a loving family—something she’s never known. During the job’s trial period, a patient puts Sophia in a questionable position. Now she must prove her competence or lose her job and home.

Nicholas Vestal is working on a sheep farm to earn a starter flock, but before his contract is up, he inherits a house in the village. While fixing up the old house he pursues Sophia Ashton, believing she is the woman God wants him to marry. But when Sophia’s difficult past blocks Nicholas’s plan, he must find a way to her heart.

Meanwhile, outside the Land…
When plant biologist Bailey Colburn is offered a research job, she knows Justin Mercer is playing her somehow. Working for the former naval flight officer sounds better than her other options in post-war Norfolk, even though Justin says he once met her long lost relatives. But when Justin introduces Bailey to the mysterious gray leaf tree, his unbelievable claims change her world.

Click here to get the Land Uncharted #1 in the Uncharted series, for FREE on Kindle