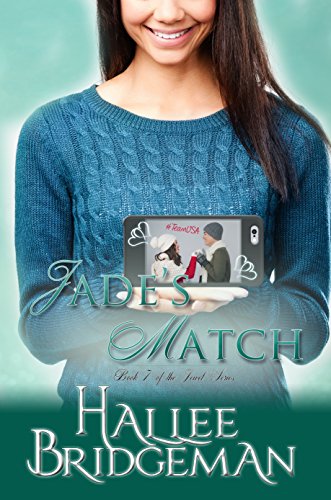 Two Olympians are matched in a media campaign that turns into something more than a game.

Rio Games silver medalist and social media darling CORA “JADE” ANDERSON is approached by a popular cell phone company to launch a flirty but fake media campaign with ice hockey star DAVIS ELLIOTT. When things get off to a rocky start, Cora and Davis both wonder what they’ve gotten into and how they’ll get through the months until the Korean games.

It’s not long until things start to warm up between the athletes and soon this fake romance becomes something much more real. Cora knows just how to work social media and engage her fans, and as the world watches and interacts with them, their love grows. When Davis is selected for Team USA, the opposition starts. As a Korean American, he’s already facing odds Cora can never comprehend, but he takes his frustration at the racism to the ice and lets the puck take the beating.

Things come to a head just weeks before the games begin. Can Davis and Cora’s very public relationship survive the aftermath of a very public confrontation, or are they going to have to let their love go when the Olympic flame is extinguished at the closing ceremonies?

I adored this story. For the romance, for the set-up, the settings, for the characters, and the fact that it was a novella I found no complaints about!

The two characters, Cora Anderson and Davis Elliot, both ethnically diverse, were perfectly crafted. In fact, she did such a wonderful job of portraying Cora, you wouldn’t even have to have read the rest of the previous books in the Jewel Series to understand this story. I loved Davis as a character. He had physical prowess, real flaws, and real old-fashion charm, and a realistic ethnicity that wasn’t stereotypical. I loved that he was proud of his Korean heritage, and how the story itself involved conversations with his parents, and even utilized a few words in Korean.

I loved that Cora was totally independent and oblivious to his old-fashion charm. So much so that it reminded me so much of myself, and I had to go back and examine my dating days, and realized how slightly ungrateful I had been in receiving my now-husband’s attempts at gentlemanly gestures. You live and learn.

I thought the plot was fascinating. A phone company called Veltech, in order to promote the upcoming release of a brand new Smartphone, have paired Cora and Davis together in a fake romantic relationship. It’s so totally applicable to the new adult/young adult age group, those millennials, and even teens, who are so immersed in technology that they’d gladly put their entire lives online – especially if they were paid, but even without being paid.

I also enjoyed how subtly and seamlessly Bridgeman integrated the pasts of the other characters in the series into the story, through viewing photos hanging on the wall, or other little nuances and experiences. No long pages of expository on the previous characters’ stories or relationships.

If you’ve read any previous reviews of mine on novellas, I’m very, very picky about how novellas end, because often they don’t end well. For a novella, the ending was perfect, with all the pieces of the plot tied up in a beautiful romantic bow.